Despite claims from some climate change activists, Alex Epstein is not a climate change denier. He readily acknowledges that the climate has changed in the last century. But the change, he avers, is insignificant and manageable when you look at the big picture. From 1910 to 2010, the average global temperature has increased less than one degree Celsius. The carbon dioxide emissions over this same period increased from around 285 parts per million to 385 parts per million, an increase of 35%. Most of the increase has happened since 1970.

What Epstein challenges are the climate change models that predict catastrophe. The doomsday models that look frightening but have been singularly ineffective in making actual predictions (predictions that have come true).

But more than that, Epstein takes the moral high ground that climate change activists have tried to present and turns it around by presenting a moral case for the use of fossil fuels. The book is not so much an analysis of climate change as  a treatise on ethics.

Ethics, he argues, must be based on some standard. He chooses the standard of human life. What enhances the quality of life and life expectancy of people is good. What diminishes it is bad. 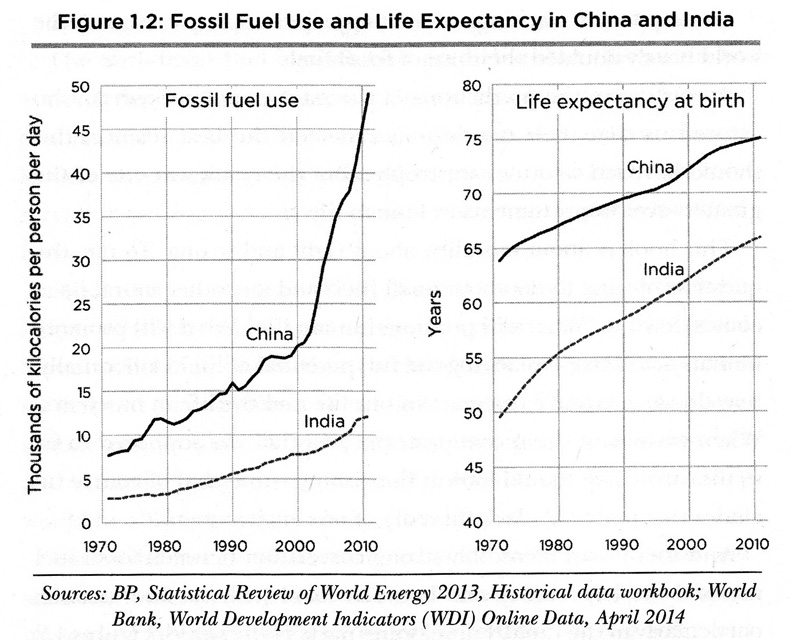 The alternative energy sources touted by climate change activists, namely solar and wind, are unreliable at this time, not to mention very expensive. While their use has increased dramatically, fossil fuels still provide 87 percent of the world’s energy needs. It is abundant (over 3000 years of supply available at current consumption rates) and it is cheap by comparison.

1.3 billion of the world’s 7 billion people have no electricity. Over 3 billion are classified as not having adequate electricity. For everyone to have as much energy available as the average American would require a quadrupling of supply. The only way this can be done effectively, argues Epstein, is through increased use of fossil fuels. Calls to drastically reduce the use of fossil fuels, he avers, amounts to a death sentence for a large portion of the world’s population, particularly in the less developed countries.

This is the essence of Epstein’s moral case. Fossil fuels enrich our lives. They foster human well being in all aspects. To cut our use of fossil fuels as some climate change activists propose, would be detrimental to humanity.

But to back up his case, Epstein also goes into depth on the claims of climate change activists, comparing them to the realities. He brings up a number of interesting points.

Looking at the reliability of climate change models to date, he notes that every one of them that predicted catastrophic change has been a failure. He includes an interesting graph of the various predictions including a summary line representing the average of 102 different models. That there are so many differing models that don’t agree with each other says something in itself, but when compared to the actual change in the real world, the failure is patently obvious. One of the reasons for this failure, notes Epstein, is the decelerating, logarithmic greenhouse effect. Laboratory studies on the warming effect of CO2 in the atmosphere show that above a certain level (a level we have already reached) the warming effect decelerates rapidly. Each additional unit of carbon has a marginal effect at this point. He says that the doomsday scenarios are based on a speculative theory that the greenhouse effect is amplified by other effects. Their models are based on this theory and that is why they have failed. Epstein avers that climate change activists work from a standard of non-impact. They work from the assumption that any impact on the climate from mankind must have negative consequences But this is a false assumption, he argues. Why can change in climate not be a positive?

In fact, he argues, in some ways it is. Everyone who studied elementary biology in school know that animals breath in oxygen and exhale carbon dioxide. But plants do the opposite. They absorb atmospheric carbon dioxide and emit oxygen.  And studies have shown that increased carbon dioxide levels are good for plants. They increase their growth.

For example, exposing certain plants to an additional 300 ppm in the atmosphere increased the growth of corn by 21.3%, wheat by 33.0%, green beans by 64.3%, sweet cherries by 59.8%, the loblolly pine by 61.9% and the black cottonwood by an incredible 124.0%.  Those who want a greener world should embrace CO2 for its positive effect on plant life! 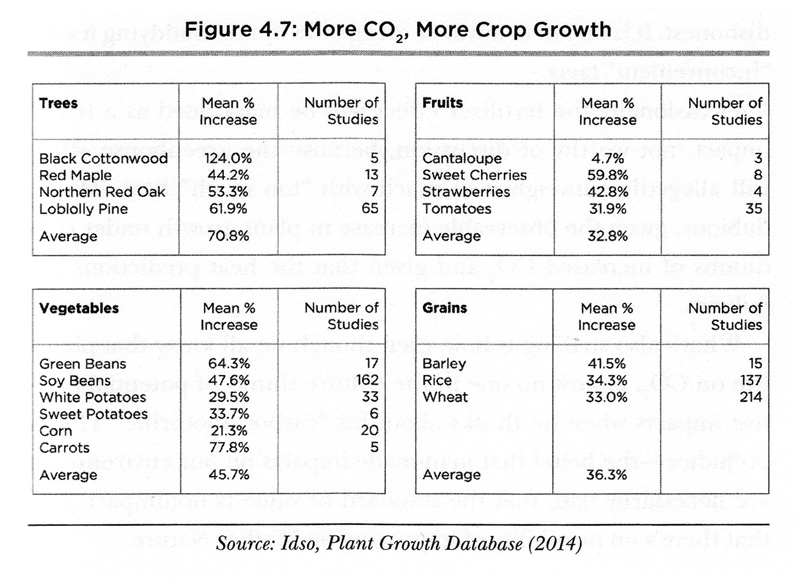 And what about the much ballyhooed claim that 97 percent of climate scientists agree that there is global warming and that human beings are the main cause?  The claim was made by John Cook who runs the website SkepticalScience.com. Cook said he studied  the research papers extensively and came to that conclusion. But Epstein says that only 1.6 percent of those studies explicitly stated that humans caused at least 50 percent of climate change. The vast majority were unquantified and Cook took it upon himself to create a category called “explicit endorsement without quantification”. The 97 percent claim is a misrepresentation of the facts avers Epstein.

Epstein lists a number of comments from climate scientists who protested Cook’s actions. Dr. Craig Idso said, “That is not an accurate representation of my paper.”

Dr. Richard Tol says 5/10 of his papers that Cook included were rated incorrectly. Dr. Nicola Scafetta said, “Cook et al (2013) is based on a strawman argument.”

Epstein also argues that the use of fossil fuels enables us to control climate on a local level. The best example, of course, is our homes – heated by fossil fuels in winter and cooled by them in summer. This year there was a massive deep freeze in the east of North America. Quebec, for example, experienced the coldest winter since 1889.

Cold is much deadlier to humans than heat. Without the benefits of solidly constructed homes and central heating, powered largely by fossil fuels, people would be dying by the thousands if not millions. Fossil fuels do enable us to control our environment and to cope with devastating events.

Epstein shows that there has been a steady decrease in storm related deaths as fossil fuel use increased. He shows a correlation between fossil fuel use and sanitation and clean drinking water.

The benefits of fossil fuel use are so overwhelming that calling for limitations on their use is profoundly immoral.

Epstein finishes up the book with a call to action to leaders in the fossil fuel industry. He says industry leaders tacitly concede the environmentalists’ moral position and offer their product apologetically. Some major oil companies don’t even mention the word “oil” on their websites.

Epstein urges these leaders to take the moral high ground. To argue that their product is good. That it enhances and saves lives. That it increases quality of life and life expectancy.

Only a principled stand endorsing fossil fuel use on moral grounds will change the political climate. Nothing else will do.

Read this book. It is a fascinating read and an eye opener!